Blog
You are here: Home / Blog / Estate Planning / Spousal Rights – Are You Forced To Take What Is Bequeathed?

Cleveland, Ohio, estate planning law firm, Baron Law LLC, Cleveland, Ohio, offers the following information on how to handle your spouses will after they pass.   Are you forced to take what is left to you?  Contact Baron Law Cleveland to answer this question and any other questions you may have on wills and probate.

Humans are material creatures, it’s just how we’re wired. We all like stuff, we all want stuff. The only difference between people is the target of that want and the severity of that desire. Though the passing of a friend, loved one, or spouse is a mournful event whose significance shouldn’t be understated. At the end of the day, the most common question I hear when a person comes into the office with a will of a recent decedent is, “what do I get?” More often than not, the next question after that is, “what else can I get?”

Whether its due to genetics, environment, habits, or just dumb luck, women live, on average, seven years longer than men. So naturally, women are more often responsible for probating their husband’s will and receiving distributions under it. Regardless of sex, however, under Ohio law, surviving spouses are granted the ability to elect either 1) to receive the surviving spouse’s testamentary share as provided in the decedent’s will, “taking under a will;” or 2) to take against the will. This “taking against the will” is called an election to take under the law. Which option to take is a momentous decision that can affect the total windfall of the surviving spouse, the distributions to beneficiaries and heirs, and temperament of surviving friends and family. A local Cleveland estate attorney is in the best position to calculate the options and spell out the pros and cons of each.

So how does one elect to “take against a will?” After the appointment of an executor or administrator, the probate court will issue a citation to the surviving spouse to elect whether to take under the will or against the will. This election must be made within the five-month statutory period or else be forever barred. If you chose to take against the will, you return the form attached to the notice and the court sets a hearing.

At the hearing to elect to take against a will, the probate judge or deputy clerk, who acts as a referee, will explain the will, the rights under the will, and the rights, by law, in the event of a refusal to take under the will. If the surviving spouse is unable to make an election due to a legal disability, the court will appointment an appropriate proxy to determine if an election to take against the will is the best course of action for the surviving spouse and, if it’s the best course of action, make the actual election.

Unless a will expressly states otherwise, an election against a will results in the balance of the net estate being disposed of as though the surviving spouse had predeceased the testator. Furthermore, unless a trust says otherwise, if a will transfers property to a trust created by the testator during the testator’s life, such as with a pour-over will, and the spouse elects against the will, then the surviving spouse is considered for purposes of the trust to have predeceased the testator, and there shall be an acceleration of remainder or other interests in all property bequeathed or devised to the trust by the will, in all property held by the trustee at the time of the death of the decedent, and in all property that comes into the possession or under the control of the trustee by reason of the death of the decedent. Again, an election to take against a will can have serious ramifications for a decedent’s estate plan. An Ohio estate planning attorney will be better able to spell out the consequences of such an election and track which estate assets may be effected by an election and in what ways.

It is important to note, however, that an election to take against a will does not alter or destroy the will for other beneficiaries. Upon an election against a will, the administrator or executor of the estate must still attempt to follow the testator’s intent and final wishes to the best of the fiduciary’s ability as to all others in a will except the surviving spouse.

The only real ways to waive or eliminate the statutory right of the surviving spouse to elect to take against a will is either a valid prenuptial agreement or antenuptial agreement. These agreements, however, are not guaranteed effective and are only valid if 1) they have been entered into freely without fraud, duress, coercion, or overreaching, 2) if there was a full disclosure, or full knowledge and understanding of the nature, value, and extent of the prospective spouse’s property, and 3) if the terms do not promote or encourage divorce or profiteering by divorce. With the recent rise of divorce rates in America nuptial agreements are steadily gaining in popularity and use. As such, consult an Ohio attorney to find out if nuptial agreements are right for you or if the nuptial agreements you already have are either valid or actually fulfilling their intended purpose.

Spousal rights were created to ensure that surviving spouses aren’t maliciously or wrongfully cut out from a will. Improper disinheritance from a will can result in a surviving spouse falling into poverty, being kicked out of a lifelong martial home, or becoming a burden on friends and family. Though it may seem unseemly to focus on material possessions when a spouse passes, the responsibilities and burdens of day to day living still persist regardless. You still need food in the fridge and a roof over your head. After all, as Langston Hughes said, “life is for the living.”

You don’t have to be rich to protect what you’ve spent a lifetime trying to build. To find out whether a trust is right for your family, take the one-minute questionnaire at www.DoIneedaTrust.com. There are a number of different trusts available and the choices are infinite. With every scenario, careful consideration of every trust planning strategy should be considered for the maximum asset protection and tax savings. For more information, you can contact Mike Benjamin of Baron Law LLC at 216-573-3723. Baron Law LLC is a Cleveland, Ohio area law firm focusing on estate planning and elder law. Mike can also be reached at mike@baronlawcleveland.com.

Helping You And Your Loved Ones Plan For The Future 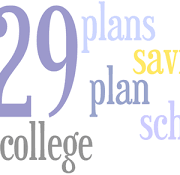 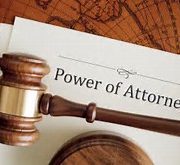 What Is a Power of Attorney and Do I Need One? 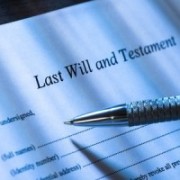 Can a Beneficiary Force a Trustee to Provide Information Contained in a Trust? 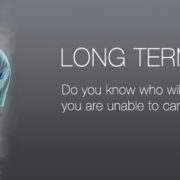 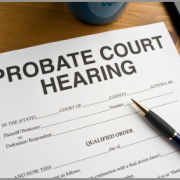 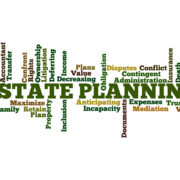 Can I Put My House In A Trust If It Has A Mortgage? 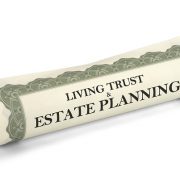 Advantages of Establishing a Trust 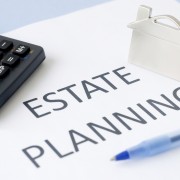 The Definition and Role of an Executor of an Estate

How Do Businesses Collect a Debt?
Scroll to top